The heart of Ham Radio Deluxe, Rig Control provides a screen you can customize to control your amateur transceiver using its built-in computer aided control interface.

Rig Control brings out features buried in a modern rig’s menus, making it easy for you to optimize your rig with a few clicks of the mouse.

While other programs like OmniRig Cat Control support basic commands, Rig Control takes control of your radio to make the most of its features. We seek to support all on-air programmable commands in a single interface.

It also provides the interface for the other modules of Ham Radio Deluxe to communicate with your radio: bring mode and frequency information straight into your logbook, key your radio while using exciting digital modes, and automatically adjust for Doppler shift while “working the birds.” 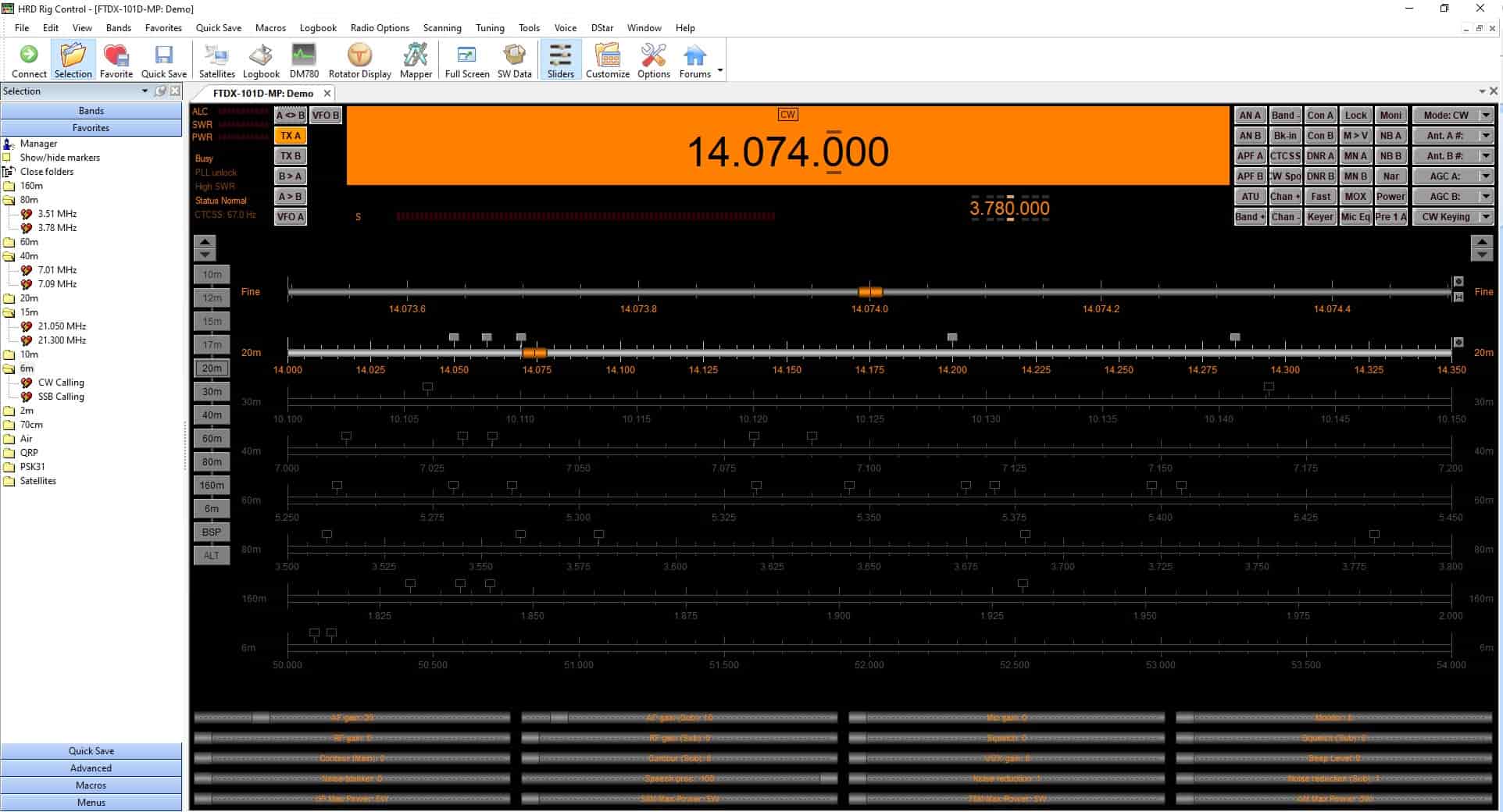